Prayer Part I: What Does It Mean To Pray Anyway?

HomeFully Alive BlogPrayerPrayer Part I: What Does It Mean To Pray Anyway? 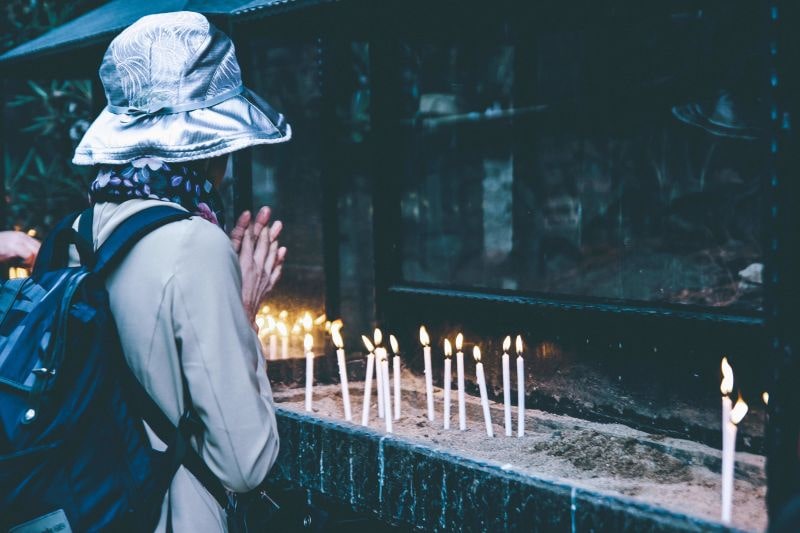 A piece written by a disorganized woman.

“…nothing is more relevant and responsible [than prayer]; that nothing else can ever cure our sick world other than saints, and saints are never made except by prayer…Nothing but prayer can make saints because nothing but God can make saints, and we meet God in prayer. Prayer is the hospital for souls where we meet Doctor God.”

Defining Prayer: What It Is

It’s true that there are many, many ways to pray and we can make even our work and all we do a form of prayer. I would not presume to say there would be one formula for every person that was “correct”; the beauty is in the discovering of what  way to pray is best for you. But these things still aren’t what prayer is. Simply put, prayer is a reverent conversation with the Trinity Itself (whether we are used to praying to Jesus, the Holy Spirit, or God, they are all one God in three Persons). Even if the prayer lasts but a moment. And I say “reverently” not referring to assuming a “holy stance” necessarily but rather, that the prayee recognizes he must put aside all that is a distraction and understand that this moment belongs to him and his Creator. Here, we can ask forgiveness, praise and adore Him, pray for others and ourselves, and sit and simply be with Him.

That is a definition of prayer as one might find in the dictionary, perhaps. Yet, what prayer is is an action. The person shuts out all else going on, opens their hearts to the Creator, and trusts that He is there, speaks to Him knowing he is being seen and heard and loved, and asks in supplication, faithfully expecting that He will answer, whether as we would hope or as He would see best or hopefully they both line up! A prayer is an invocation to the Most High. Prayer is jumping into the eternal ocean between us and our Abba, and waiting for Him to catch us up in His perfect net.

Time To Whine: But Payer Time Is So Hard WAAHHH!

If you are like me, you may suffer from the following symptoms at any given time: zealousness, laziness, mania (not clinical but parental), exhaustion, ambitiousness (“let’s conquer a new disciplinary technique!”), ambivalence (“nevermind; let the rascals eat cake and I”ll drink vodka”), restlessness, feeling overwhelmed, contentedness—and that’s just what I’ve experienced today. Such are the experiences of a parent. It’s like having a three-ring-circus in your brain all the time. Seriously. It doesn’t even help having a psychology degree or a husband who can actually diagnose me (though he tried that once in grad school and let’s just say it ended darkly for Dr. Jim). It doesn’t help that I can actually identify what lobes are firing off neurons in my little brain like a laser tag game because the result is still the same: overwhelmed. Forgive me if I’m making wrong assumptions—perhaps none of you have this experience of parenthood—this is just me maybe; it would explain a lot…I digress.

“life was pretty chaotic to say the least. Yet, I had a keen sense that I could do more and be better with my spirituality.”

About four years ago, the lack of prayer time had finally added up, and the disconnect from Jesus felt as real as the guilt one experiences when she knows she has failed to call or write or visit a dear friend that lives shamefully close…And the friend hasn’t stopped loving you and being patient, but has become oddly silent. Don’t get me wrong—the reasons that I had become so busy were legitimate: learning how to be a stay at home mother for the first time after having worked in a career, being pregnant for the fourth time in a very-short-row, having a spouse in full-time grad school—life was pretty chaotic to say the least. Yet, I had a keen sense that I could do more and be better with my spirituality. Somehow however, each time I’d entertain this idea, I’d become prideful or angry saying, “I’m doing my best! And God just has to understand that! Surely, He doesn’t expect me to pray like I used to?!” You may read that, and think to yourself how prideful, how selfish that was of me—and you’re correct. You also might be surprised to connect with those notions of Old Self or maybe Current Self; sometimes we feel this way but don’t admit this is what we believe, because to say it aloud to God, sounds well, like it sounds and would make it true. And as They say, “The Truth hurts like getting kicked in the pills, suckerpuched in the gut, or having every little hair on the back of your neck ripped out.” (Okay, so They don’t say that but who the crap is “They” anyway?)

But He’s First In My Life–I Swear!

Yes I know, we shouldn’t swear but we do anyway sometimes, don’t we?

If you’d asked me right out if God was a priority, I’d have exclaimed, “He’s first in everything!” But what does that even mean, “‘He’s the priority/He’s first in my life!’”? It can mean many things. God being my priority can mean that I recognize God as the Alpha and Omega, that He should get all of me, that to a degree, He is top priority in the ideas of importance, in how I mentally or physically organize my life. Attending church, or prayer group, reading a “holy” book, prayer time before meals as a family, saying “God bless you!” to people—all of these things while good, important, and even obligatory, are still not a relationship with Him. Much like if I only told you all about my wonderful husband all day long, about the things he does, the way he thinks, the way he loves others, it would only be half the means of knowing him. So we finally get to the nitty gritty now that we have determined: a) a definition of prayer in that it requires action and investing in a relationship with Christ b) that there might be obstacles to praying c) That I  like to wine—er—whine…and d) that someone needs to find out whomever invented “They” so my mom will stop saying things like, “They were saying if you leave empty air fresheners in the outlets—like you do—they can catch fire and burn your house down.” Please and thank you.

I leave you with this question until next time: So how important, really, is prayer time? 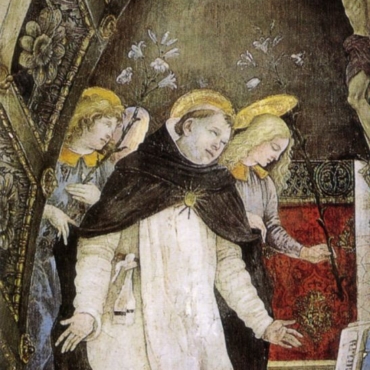 The Transfiguration: A Reflection for Progress in the Spiritual Life 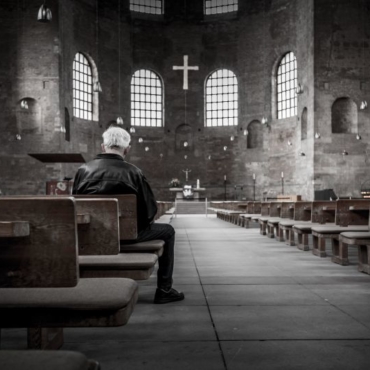 Prayer Part II: Okay I Know What Prayer Means, But How Important Is It?