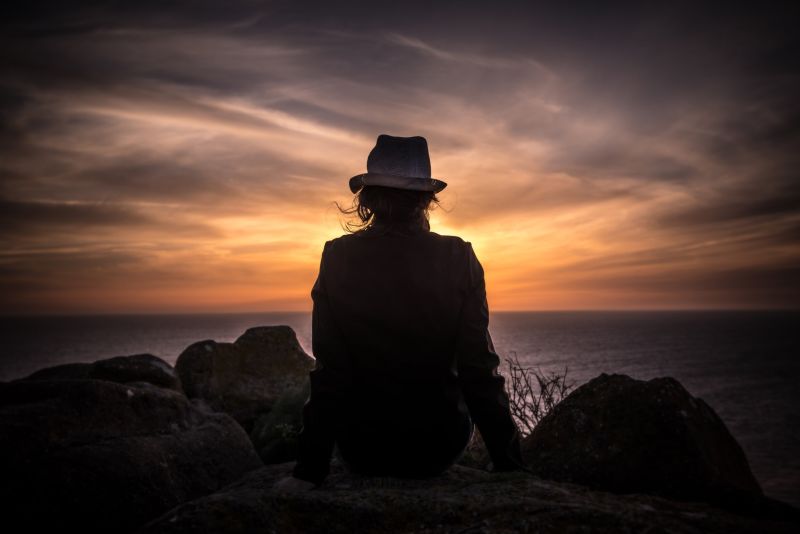 Sometimes, we bite off more than we can chew.

I say this with an ever-so-slight-hint of sarcasm: that as soon as I decided to indulge in a love placed long ago on a back burner (writing), I am pummeled with obstacles. And of course, the topic was prayer time. (Thanks Jesus—you’re timing is frustratingly perfect…because you’re Jesus. Why would I expect anything less?!) Jesus is eternal and never gets rusty on humility and pranks which isn’t fair. Let me tell you, that He absolutely has a ridiculous on-point sense of humor. Once when I was a teenager, I begged him to help me with chastity of the eyes. I was at Water World, or more accurately, The Land of Nearly Naked, and lost my sight to a pack of shirtless dudes. I prayed for intense help (but kept staring mind you), and ran right into a metal shower pole. A. Flippin’. Pole. I was crying and laughing and most definitely looked psychotic, and most definitely was not hit on that day. I remember feeling so lonely and desperate for being adored, sought after, desired. I could literally go on and on with stories of hilarity wherein I was humbled and had somehow forgotten that I’d asked for it. There was the time in a parking lot where I laughed at someone for being vain and snotty and then fell into a pot hole and broke my ankle. Broke it. Because of course you’re wearing high heels when you’re brave enough to laugh at someone else’s *“brokenness.”

*(I’d like to place a disclaimer in this story that this also was when I was a teenager and spry enough to recover, and that God doesn’t always take to violence to reconcile my pride, nor will He you—I am simply sharing that we ought to take God seriously and…that He is not without a sense of humor.)

Sometimes, we don’t take God seriously; we think He’s some glorious Idea in a void that we talk to rather than an all knowing, all loving Being who created each fiber and molecule into existence.

I drowned myself in trying to be perfect in all areas of life. At any given time, I was an Editor In Chief in yearbook, in honor choir, jazz band, head cheerleader for Fall, youth group volunteer, head soprano at church—never once did it cross my mind that I was…enough. Never once was the gentle breeze of Truth allowed to enter my reality that in all of my asking to be enough, God was actually answering my prayers and preparing me for my future life filled with love. So much love He had in the plans, that years later, I’d be begging Him to be filled with even more on the days where I fall so utterly short. And many, many of my days are spent pleading with God to give me more ability to love what I don’t deserve to have, and thanking Him for His abundance. Let me be clear: God doesn’t give only to those who are “just holy” or “really good people.” Remember—I tried to be that for many years. You know what I found? He gives because He loves. And, He gives because we ask, and we ask with faith. To this moment, when I ask Him to bless and protect my family, I say, “Father, my family is just as special as any of your children and I don’t ask because I think we are more so. I ask because You love me, and I am Your child, and You desire what is good.” I ask my Father, and He responds the best way…

I once attended a super awesome retreat towards the end of high school and about two thousand plus teens were all praying and praising God during a meditation. At the time, Archbishop Chaput was here in Colorado, and he asked everyone to close their eyes and imagine that we were on a river, and the river was Life. He asked that we put our insecurities, our deepest struggles, and distractions on a bubble, and allow them to float away. I was new to this kind of prayer at the age of eighteen but as soon as I allowed my heart to open, I saw an image: a ageless woman with beautiful dark hair and white skin, with a white pure glorious dress, walking around a river bank reveling in the beauty around her. I could only see from a distance and couldn’t make out focused details but I knew that this woman wasn’t perfect, though she was luminous, yet she was filled with freedom and joy. I could still hear Archbishop talking from the distance of my prayer mind and he said to everyone, “What do you see?” I reflected on this for a moment and heard very clearly, my Father say, “This is you.”

My response? Something like this —> !?!?!?!??!?!?! Still is. I still cry tears, even in this moment of typing, of gratitude to my Father for showing me this. My own earthly father was abusive, and never in my lifetime had I been shown so much adoration and just—contentment—for being me. Even in my sin and struggle, in my always crawling back to Him on my knees after trying own my way, even in my not properly discerning His will at times—I am still enough as He made me. I had not once thought of myself as so beautiful and yet, this is how our God, the God of Israel, the God creator of Jesus, the Judge and Merciful Father, views me. My point is this: this is how HE SEES YOU.

I am not a schmaltzy person, and I don’t want the truth to be lost in emotion because the truth is more amazing than emotion: I am not suggesting that because we are beautiful to Him, our sin is also beautiful and we don’t have to care about messing up. I am saying that He loves us in all of our dastardly glory and knows what the best us looks like, and will love our trying all the way back to Him. God is a parent, and in this way, His love makes sense, right? We love and adore the creations we have partook in making, and don’t have to love all of their choices or faults but will most definitely love them through the mess, through the faults, guiding and praying until they find a holy path all along the journey.

Right now currently, I am a mess. My house is a DISASTER. Like, it could be declared a State of Emergency. I haven’t showered; I may not get to write for another long while, I just remembered my fourth son has preschool…and I think it’s their Christmas party…I may or may not have foolishly signed up to bring something and I’ll have to call someone and let them down unless they want canned goods. I will hopefully find two of the same shoe (preferably boots) for said preschooler (but I probably won’t) and be that mom who forgets her kid’s crap so he has a blue note sent home saying, “oops! You forgot…everything!” To that note, I will give a frowny, or a finger (when my kids aren’t looking). I will most certainly arrive late and forget at least three key ingredients when I shop at the grocery store. My two year old will tantrum getting in and out of the carseat and basket, and I will travel through Costco at the pace of an elderly snail, trying to keep my daredevil children from jumping out. I will do my best, and it probably won’t be as much as someone else can do or accomplish, and that someone else will probably say the same about themselves. So you know what? I am enough in the eyes of God.

Sometimes, you are too much or too little in your eyes or the eyes of others, but you are always enough to Him. Stop what you’re doing, and just be enough with Him. 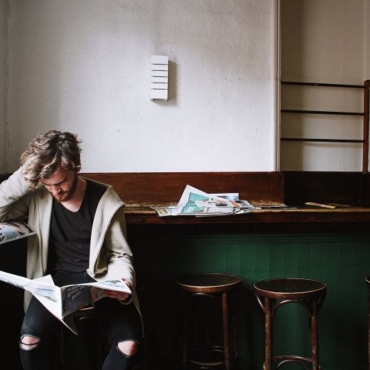 Knowing When to Hit “Snews”